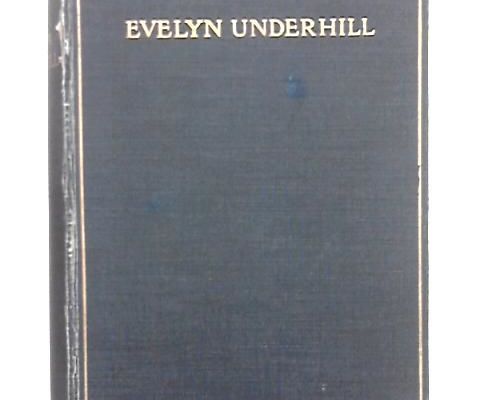 “All artist are of necessity in some measure contemplatives.”

Evelyn Underhill was born on December 6th, 1875, in Wolverhampton, England. Her father was a barrister and writer, and her mother the daughter of the justice of the peace. She was primarily educated at home, except for three years at a private school. She then attended King’s College for Women, studying botany and history. She also became a first-class bookbinder.

Her first published work was a small book of satirical poems, The Bar-Lamb’s Ballad Book, published in 1902. She followed with three novels, The Grey World (1904), The Lost Word (1907), and The Column of Dust (1909). Although initially agnostic, she began to turn toward a spiritual life, and her novels were unconventional and had decidedly spiritual themes.

In 1907 she married Hubert Stuart Moore, with whom she grew up. He was a barrister and writer like her father, but also a Protestant who didn’t share her interest in Catholicism or art. The couple had no children.

Her best-known work, Mysticism: A Study of the Nature and Development of Man’s Spiritual Consciousness, was published in 1911. Another important work, the scholarly book Worship (1936), also remains in print today.

In 1939 she became a pacificist and wrote an uncompromising pamphlet, The Church and War (1940), for the Anglican Pacifist Fellowship. It was a hard stance to take at the onset of World War II and cost her reputation. She died shortly after the start of the war, on June 15th, 1941.

Underhill broke away from her upbringing and the belief systems of her parents and husband to forge her own spiritual path and writing career, which evolved through her life. She was often the ‘first’ woman to lecture, to write, to attend. Someone has to be.