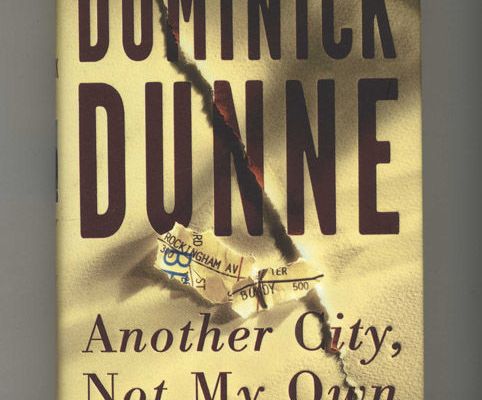 “The best advice on writing was given to me by my first editor, Michael Korda, of Simon and Schuster, while writing my first book. ‘Finish your first draft and then we’ll talk,’ he said. It took me a long time to realize how good the advice was. Even if you write it wrong, write and finish your first draft. Only then, when you have a flawed whole, do you know what you have to fix.”

Dominick John Donne, the American writer, investigative journalist, and producer, was born on October 29th, 1925, in Hartford, Connecticut. He was the second of six children in a wealthy family. One of his brothers, writer John Gregory Dunne, later married Joan Didion. During his senior year of high school, Dunne was drafted into the Army in World War II and was awarded a Bronze medal for his service. After the war, he attended Williams College and graduated in 1949. After college, he moved to New York and became a stage manager.

In 1954 he married the heiress Ellen Griffin. Together they had seven children, two of whom died in infancy. In 1957 the family moved to Los Angeles, where Dunne became a movie producer and eventually Vice President of 20th Century Fox.

He was a television and film producer for two decades, raising what looked like a perfect family and hosting parties for the rich and famous until drugs and alcohol took a toll on his life. In 1965 he and his wife, and by the end of the 70s, he had ruined his name and was broke.

In 1979 he moved to Oregon to get out of Hollywood. Contemplating suicide, he received a phone call that his youngest brother Stephen had killed himself. Dunne decided to change his life drastically and turned to writing. At the small cabin in Oregon, he wrote his first book, The Winners. It was published in 1982 and reviewed by the New York Times. He was fifty-seven years old.

The same year, 1982, his daughter, Dominique Dunne, an actress best known for her role in the movie Poltergeist, was strangled by her ex-boyfriend in the driveway of her West Hollywood home in 1982. After a few days in a coma, she died.

Dunne wrote an article for Vanity Fair about the injustice of the trial and the killer’s sentence and went on to a career writing about criminal trials and celebrity lawsuits.

In 1985 his second novel, The Two Mrs. Grenvilles, was an immense success, selling over two million copies. A fictionalized account of the Woodward Murder of 1955, the novel was made into a television miniseries in 1987.

Dunne continued to find success with novels based on real-life high society crimes and scandals. An Inconvenient Woman (1990) was based on the love affair of Alfred Bloomingdale, and Vicky Morgan, which began in 1970 when Alfred was 54 and Vicky was 18. It continued until Alfred was diagnosed with terminal cancer and his wife cut off Vicky’s allowance, at which time she sued for palimony. Vicky was murdered after Alfred died from throat cancer.

Dunne also wrote about another murder, which involved Ethel Skakel Kennedy’s nephew, Michael, in A Season in Purgatory (1993).

Another City, Not my Own (1997), subtitled A novel in the form of a memoir, was based on Dunne’s experiences in Los Angeles while covering the O.J. Simpson trial.

Dominick Dunne published eleven books before his death on August 26th, 2009, when he died of bladder cancer at 83. His last book, Too Much Money, was published just after his death.

Dunne began writing novels as a second career in the last decades of his life. He not only used his experiences, good and bad, in Hollywood to build a career that brought him, once again, fame and fortune but also used his writing to give voice and get justice for abused women after his own daughter’s murder.