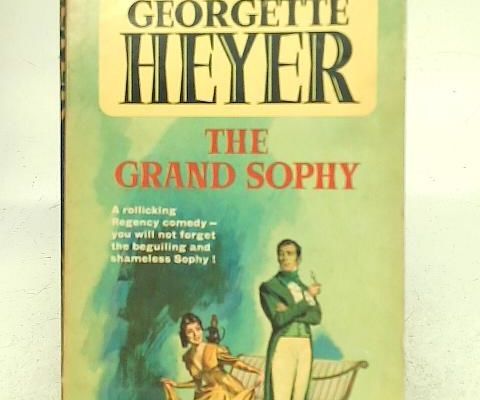 “I think myself I ought to be shot for writing such nonsense…. But it’s unquestionably good escapist literature and I think I should rather like it if I were sitting in an air-raid shelter or recovering from flu.”

Georgette Heyer was born August 16, 1902 in Wimbledon, London, the eldest of three children of George and Sylvia. Her family lived for a time in France, before returning to England during WWI, and changing the pronunciation of the family name from ‘higher’ to ‘hair’ to avoid being thought German.

Her debut novel The Black Moth, was a story she had begun to amuse her younger brother while he was ill. It was published as a book when Heyer was just nineteen. In 1925 she married George Ronald Rougier, a mining engineer, and the next year her fifth novel, These Old Shades, was published and was an instant success, establishing Heyer in her career as a writer.

Starting in 1932 she wrote one thriller and one romance a year, publishing a total of 50 books, 11 of which were detective novels that she corroborated on with her husband.

Heyer wrote detective stories and thrillers, but is best known for establishing the historical romance genre and the subgenre of Regency Romance (Romance novels set during the Regency period of England, 1811-1820). Her writing includes detailed research on the period, and she set the standards and conventions of the genre.

Although she was a incredibly prolific and demanding writer who worked to negotiate contracts, copyrights, and even form an LLC to avoid paying royalty taxes, her support of her extended family and mismanagement of money made financial problems a constant during her lifetime. As straight-laced and bent on manners as Heyer was, she reportedly dosed herself with dexedrine and gin to be able to write through the night. She reasoned that she needed to write many popular novels to support herself and her family, although some critics said that was an excuse to avoid writing anything more literary. Still, Heyer wasn’t bothered that her works were not reviewed or critically lauded – she just wanted them to sell in ever-increasing numbers.

Although a household name in England and the US during her career, Heyer maintained a strong sense of privacy, not doing any events, signings or giving any interviews. Fans did not find out Heyer’s married name until she died, at the age of 71, from lung cancer, July 4th, 1974. At the time of her death 48 of her novels were still in print.

Although she is quoted as seeing her novels as ‘nonsense’, from her very first novel written for her sick brother she saw purpose to her work as well. Her novels have given respite and inspiration to decades of people since.